Sunday Charge Through the Field in Sochi 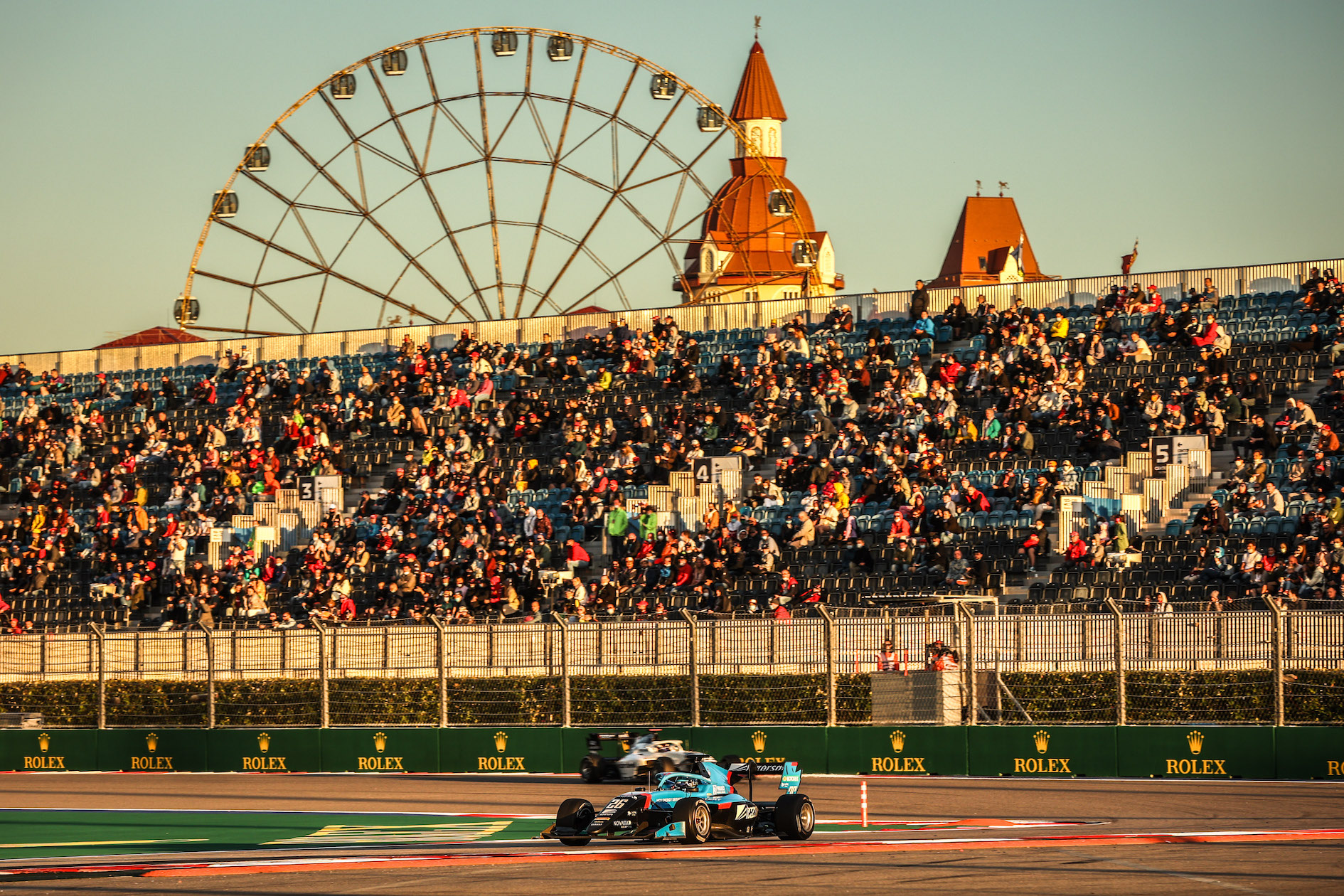 The FIA Formula 3 Championship was back on track for the final race of the 2021 season after racing Saturday was called off due to poor weather. Over 30mm of rain fell, with significant flooding through the pit garages throughout the day.

With the race 3 grid taking place from Friday’s qualifying session, Calan would be lining up in 21st after an unexpected qualifying result on the Friday.

Once the lights went out Calan was immediately off to a great start, moving up 3 places to places towards the middle part of the field.

From there Calan was able to keep progressing through the field, first getting past Roman Stanek, Alex Sloymar, followed by Caldwell.

Calan would then be gifted a further position though had to react quickly to avoid and incident. The lead Prema of Dennis Hauger was left facing the wrong way in the middle of the circuit after being clipped from behind. Calan arrived on him around a blind corner, but quickly moved to the right to avoid contact.

Going in the final part of the Race, Calan was now on the brink of points. Having gained 9 total places, and with a couple of laps to go Calan was catching the cars ahead.

With a great race pace, Calan was a standout in terms of positions gained moving from 21st to finish 12th at the chequered flag with points on the cards had there been only a few more laps.