At the age of 6, Calan discovered the sport of motor racing, and immediately developed a keen passion and fascination with Formula 1. Through his own research, it didn’t take long for him to find out that the majority of successful racing drivers commenced their careers in karts. And so began a year of his parents looking into the sport, Calan doing his jobs around the house to save for his first helmet, and by the age of 7 he had bought all his gear, had his own kart, and was a proud member of Tiger Kart Club! 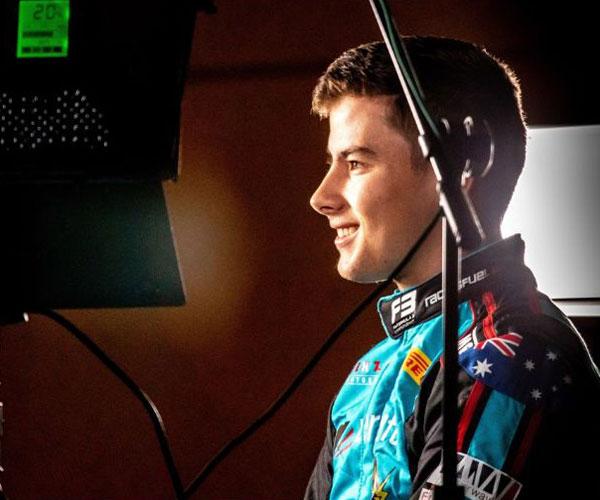 Over the next 7 years, Calan developed his craft, initially dominating within the club level, before becoming one of the quickest and top performers in the state. Right from the start, kart shop owner Harvey Morrison took a keen interest in Calan, and provided hours of support to both he and his Dad to teach them the art of driving the kart, race craft and the important fundamentals of kart set up to achieve optimum performance.

In the Cadet and Rookie classes, Calan achieved many successes, including winning the Club Championship at Tiger Kart Club 3 years in succession,  winning state level events and in 2013 was the Champion of one of the biggest events in the country, the “Carnival of Karts” at Cockburn International Raceway. That same year, he was also fortunate to be able to compete in large events on the east coast of Australia, the Victorian Open at Puckapunyal and the City of Melbourne Titles at Todd Road.

With this solid grounding in place, 2014 was a year of rapid progression for Calan’s racing career. In consultation with Harvey Morrison, he and his family decided that there would be limited benefit in just stepping up to the regular Junior National class, and they decided to make the leap straight to the High Performance Junior Rotax class, where he would be regularly competing against 15 to 20 of some of the strongest performers in the country, the majority a year or two older. This was a fantastic experience for Calan, the racing was tough and he performed well often being one of the quickest on track. Junior Rotax during 2014 was a huge experience, developing racecraft skills to another level, and demanding precision driving. 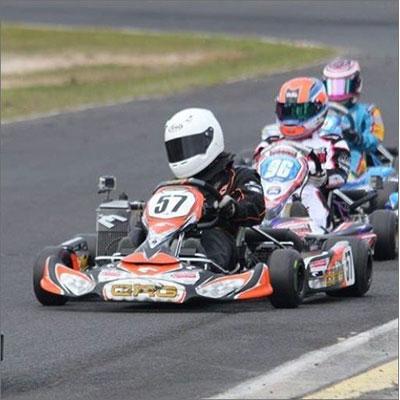 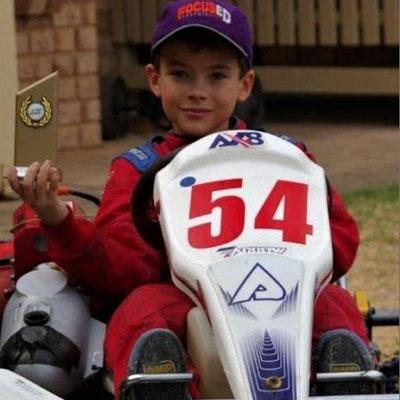 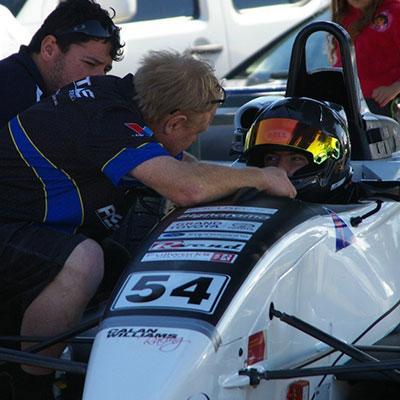 The Transition to Cars

During late 2014, Calan took part in two test sessions in a Formula Ford, his first opportunity to drive a fully-fledged race car. The tests were very successful and Calan was offered an amazing opportunity with Western Australia’s premier Formula Ford team, “Fastlane Racing”, for 2015.

As the first young participant in Fastlane Racing’s new Driver Development Program, Calan developed his skills in the car under the guidance of Brett Lupton and Peter Major. Brett has vast experience in Formula Ford, along with Formula 1 and Formula 3, and was responsible for training Daniel Ricciardo in his first steps moving from karts to cars. Peter Major is the current Western Australian Formula Ford Champion.

In a strong field of the regular State Championship contenders, Calan stunned the competition in the August Round by heading out to his first ever qualifying session and bringing the car home in P2 to qualify on the front row of the grid. Incredibly, he managed to take it one better in the racing, and in an amazing day beat an experienced field of 18 drivers to win his first event racing cars!

The 2016 WA Formula Ford Championship was an even more impressive and exciting season for Calan. He was on pole position every round other than the first in which he had clutch issues, amongst a strong field of around 20 throughout the year. Some early misfortune with a red flag penalty and a broken gear stick forcing him to retire from the lead of one round saw him playing catch up across the season in the championship. An exciting finish with a narrow 2nd place was the result after 5 wins in a row to complete the season including 3 out of 3 wins in the final round. In addition to this he has set the fastest lap in almost half of his thirty races, won his last five consecutive races. 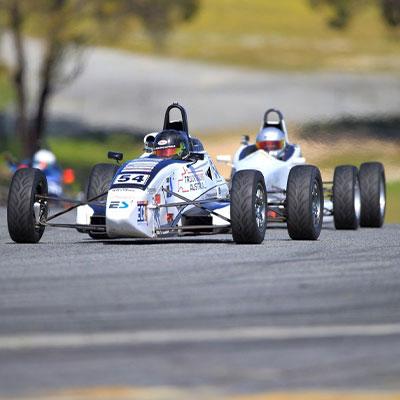 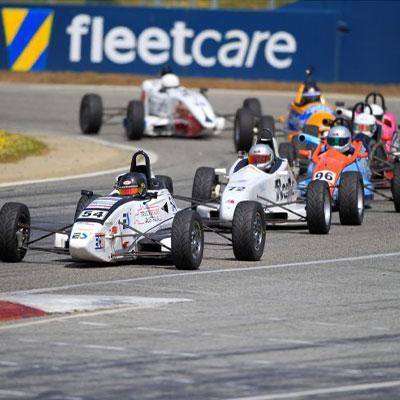 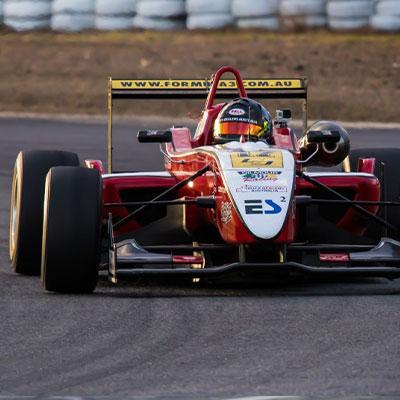 The Step to Australian Formula 3 – Champion in Debut Season!

In December of 2016, Calan was invited by leading Australian Formula 3 team, Gilmour Racing, to get his first taste of a real “wings and slicks” race car and test their Mercedes powered Dallara F307 car. This was a real step up from Formula Ford with an increase in top speed, however more significantly an introduction to downforce allowing dramatically increased cornering speed capability.

Within only a few laps, Calan had come to grips with the change and was posting competitive times at Queensland Raceway completing more than 70 laps on a day in which the temperatures hit at times in excess of 40 degrees!

After such a comprehensive preparation, expectations were high of Calan for his debut in the Australian F3 Premier Series. His first day in the series must arguably be one of the best in the history of the Championship. Under intense pressure, Calan delivered by qualifying on pole position, winning his debut race in the series and claiming the new outright lap record at the Morgan Park Circuit.

In arguably the most dominant season seen in Australian F3 to that time, Calan claimed every Pole Position and 17 race wins on the way to securing the Championship title with a round to spare.

In December 2017, Calan travelled to Spain to take part in a two day test with Fortec Motorsports. Fortec is one of the leading motorsport teams in the world, competing across 6 categories including the Euroformula Open, an F3 Championship competing across Formula 1 tracks in Europe.

Calan’s test was an incredible success, matching the pace of the team’s experience Romanian driver Petru Florescu in qualifying runs, and stringing together outstanding consistency in a long race run, with 10 laps in a row all within 4 tenths of a second of his quickest time for the run.

As a result, Calan is now confirmed to compete with Fortec in the Euroformula OPen Winter Series commencing with another test in Barcelona mid Feb, a 2 day race meeting at Circuit Paul Ricard, France, and them concluding at the end of March back in Spain at another Formula 1 circuit, Jerez. 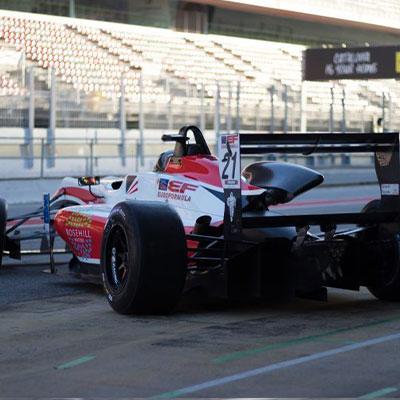 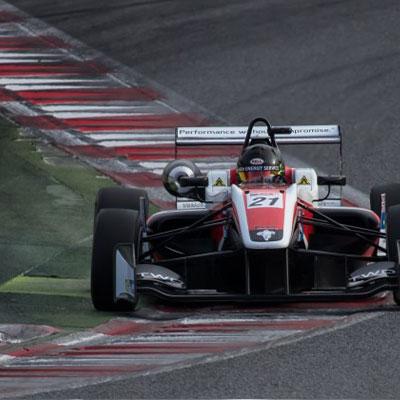 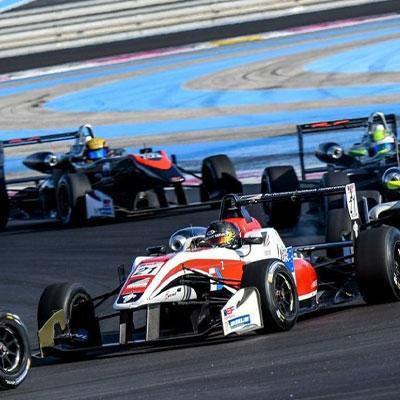 In the first event, an official 2 day test at Barcelona, Calan announced his arrival in European F3 by running multiple sessions in the top 5, and a narrow second in one session.

Next was Calan’s debut international race meeting at Paul Ricard in France. Amongst 15 of the best young drivers in the world, from across 12 different nations, he exceeded all expectations by finishing in 7thplace. This was a feat made all the more remarkable given that he was the only driver to be on their first appearance at the circuit.

In the final Winter Series event, a 2 day test at Jerez in Spain, Calan demonstrated his ability to adapt and learn quickly on one of the most challenging circuits in Europe. So much so that following this event, Fortec Motorsports announced the signing of Calan for the Euroformula Open Championship.

In his first year of the Championship in 2018, Calan competed against many of the best young drivers in the world on many of the most famous Formula 1 circuits such as Estoril, Barcelona, Paul Ricard, Spa – Francorchamps, the Hungaroring and Silverstone.

Visiting the majority of the circuits for the very first time, Calan continues to develop his natural pace and potential by qualifying inside the top 10 (of 17 drivers) in 6 of the 8 opportunities to date.

In Round 3, in an enormous challenge, Calan raced at the legendary Spa – Francochamps circuit with 19 corners over nearly 8km including the incomparable corner of Eau Rouge. The only driver in the field to be racing there for the first time, Calan charged through the field to finish 7than earn his first Championship Points including a daring pass through Eau Rouge itself.

At the Hungaroring for Round 4 he continued his progression and run of form to finish 6th, again on his first time to the circuit which is regarded even in Formula 1 circles as the most difficult in Europe.

For Round 5 at Silverstone in the UK, after only an hours track time in practice, Calan broke in to the top 5 on both occasions for qualifying, and scored Championship points in both races over the weekend.

At Monza for Round 6 of the Championship, Calan demonstrated his arrival as a contender at this level being one of the quickest drivers throughout the event. He qualified P3 and P5 and once again collected points in each race. 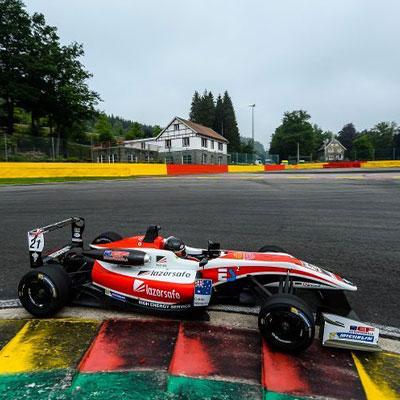 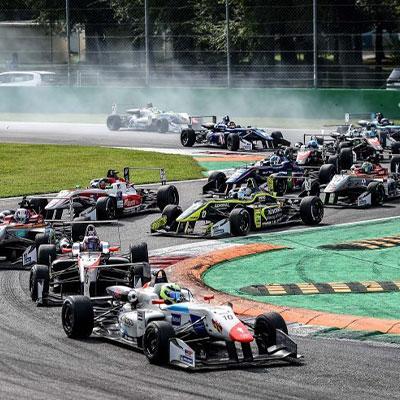 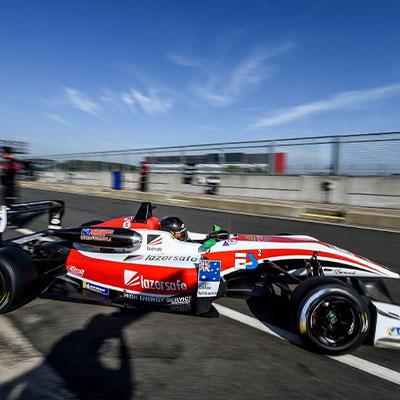 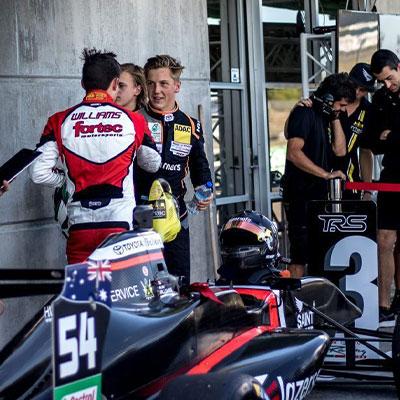 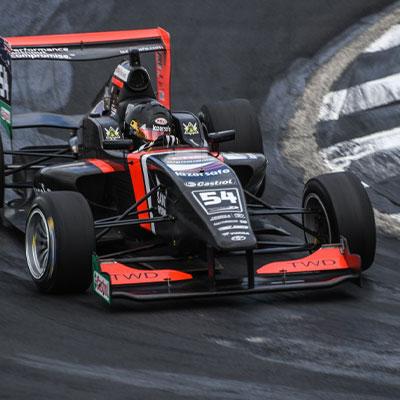 In January 2019 Calan travelled to New Zealand to complete in in the Toyota Racing Series, a globally recognised 15 race series which has helped produce a number of Formula 1 drivers including Lando Norris, Lance Stroll and Brendan Hartley. It also includes the New Zealand Grand Prix, one of only 2 FIA – approved Grands Prix outside of Formula 1.

In 2019 FIA recognised the series with Formula 1 Super License points which attracted a field widely recognised as the strongest in its 15-year history including Marcus Armstrong (Ferrari Junior Academy Driver) and Lucas Auer (Red Bull Driver and already having tested in F1) to name just two.

Amongst this strong field of 17 drivers from Europe, USA, South Africa, Japan, Australia and New Zealand Calan performed exceptionally well finishing 8th in the Championship with highlights of qualifying 3rd at Manfeild and finishing 5th in the race.

Calan was the highest finishing Australian driver and all bar one of those ahead in the standings had competed in New Zealand and in the series previously on multiple occasions.

Calan competed in the 2019 Euroformula Open Championship among 25 of the strongest young drivers from across the world.

Calan regularly featured in the points and has produced some outstanding drives, including storming through the field from 14th on the grid (following a qualifying accident) to 7th place in his first street race, the Pau Grand Prix. The circuit is notoriously difficult to overtake on, and in damp conditions Calan made that look easy including taking two positions in one move into the first braking point of the race.

At the Red Bull Ring in Austria Calan and his team produced an outstanding result. In a single car team competing against two teams of 5 cars, Calan finished 4th in race 1 and 5th in Race 2. This was Fortec’s strongest points haul since early 2017, and Calan’s first appearance at the circuit. 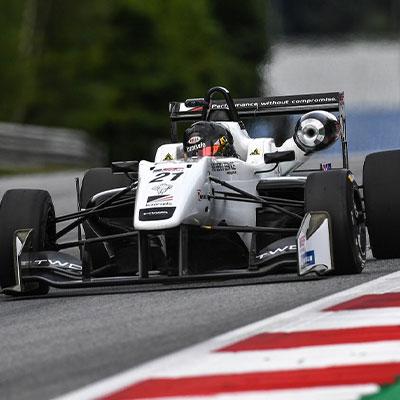 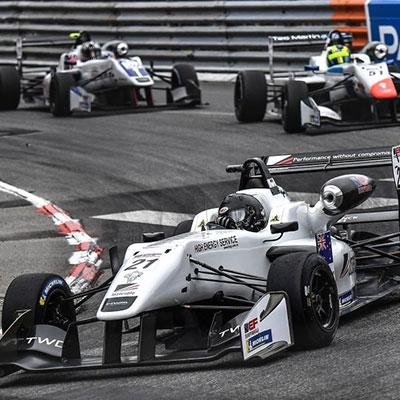 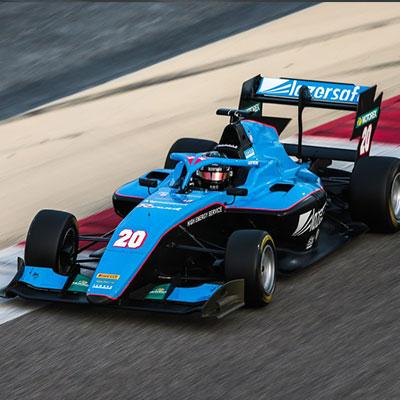 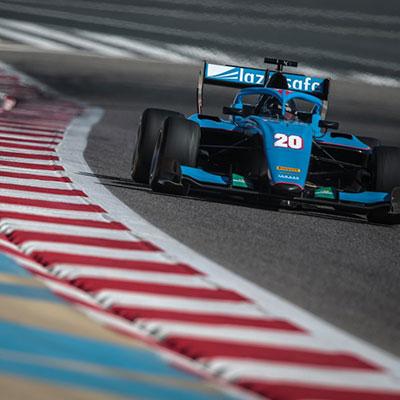 “The most important goal of the FIA International Formula 3 is to give young upcoming drivers a chance to develop their driving skills and jump to the next step”, said FIA Formula 2 and then onto Formula 1 Jean Todt FIA President

With some of the world’s best racing teams, and the hottest young motor racing talents from across the globe, FIA International Formula 3 is one of the most exciting championships in motorsport.

After an exceptionally successful 3 day test with Swiss race winning team Jenzer Motorsport in Valencia, Calan has been signed to compete in the 2020 FIA Formula 3 Championship. 45 drivers from across the globe were vying for an estimated 10 – 12 available seats.