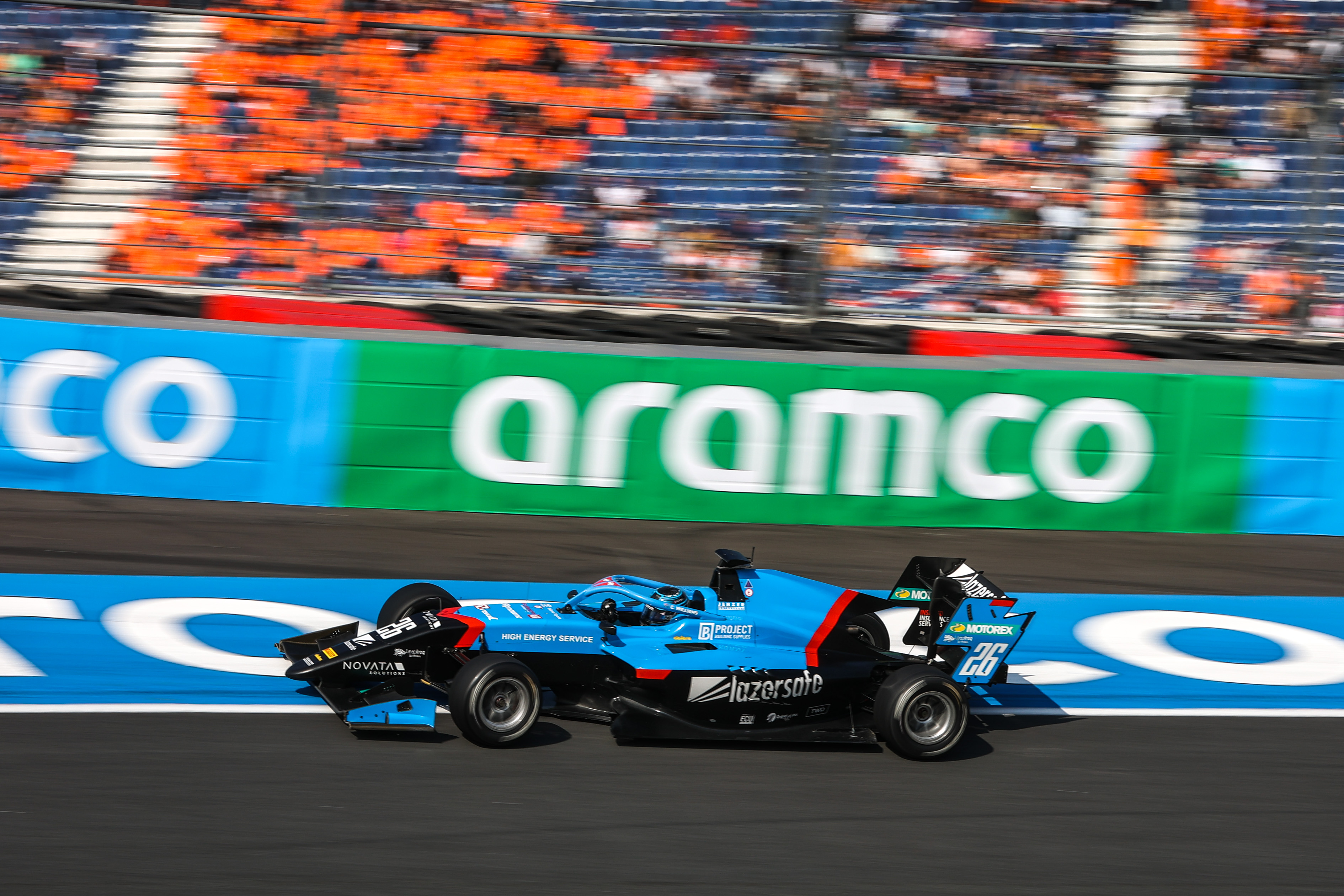 Zandvoort was always going to be a significant challenge for the teams and the drivers with the extreme banked corners added to the original circuit design. All would need to learn and adapt to the fast, challenging circuit as quickly as possibly during the single practice session.

Practice was interupted by two red flag stopages. This badly comprimised Calan's preparation with him only able to complete 4 flying laps before the end of the session.

During qualifying Calan was still learning the circuit, improving lap times on every run. At the end of the session he managed to start a secoind flying lap in a row on his second set of tyres as he crossed the line with 12 secs to spare. The tyres should have been gone, however he set a lap time which improved by nearly 7 tenths. This underlined the improvements which were being made, and simply requiring more time.

Race 1 went very well for Calan and after a good start Calan was able to gain a few positions after the opening laps.

Once Calan settled into the race, considering his little running on the circuit his race pace was excellent, making moves on Roman Stanek and Jonny Edgar amongst others.

The safety car was bought out with just under 10 laps remaining, and after a few laps the race would be restarted for a sprint to the finish. Calan started again well, and in the end finished P16 having made up 5 positions from his starting grid position.

Starting Race 2 from P16, Calan would make up two positions in the opening lap. Overtaking is notoriously hard at Zandvoort, but Calan was looking to force the issue in the aim to finish in the top 10 to score Championship points. Attempting aggresive moves to gain position would not pay off, and Calan would find himself shuffled down the order when a move did not pay off. He would gain positions again, but once again lose some with a further move not being successful. In the end he would finish Race 2 in P20.

Race 3 Calan once again started from his qualifying position of P21 and would drive an outstanding race. Making strong moves at turn 1 and another into the last corner on Nannini, Calan would gain 3 places and finish in P18.