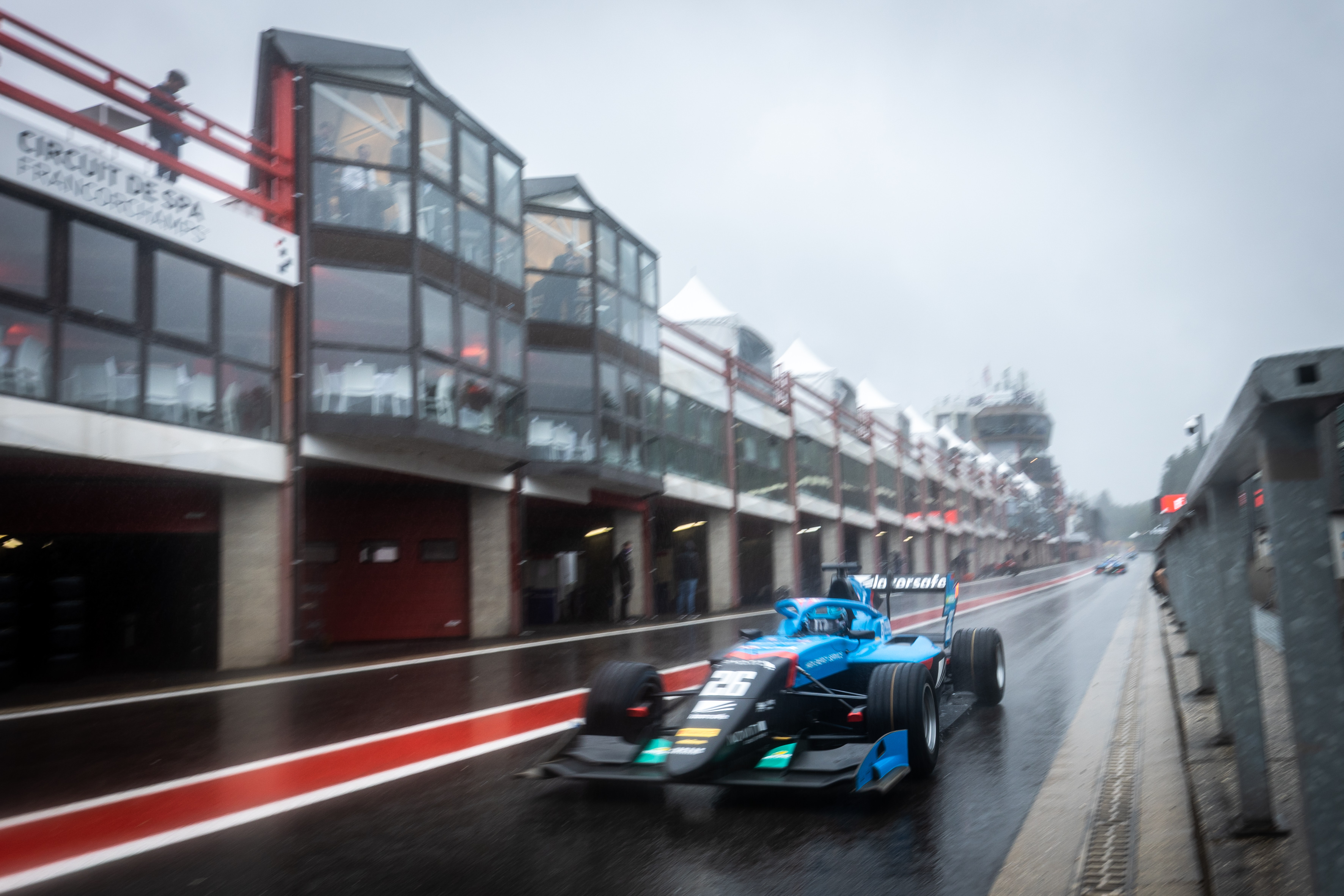 Incredibly tough conditions for all races at Spa with extremely wet conditions to deal with. As a result of his qualifying position due to a strategic error on Friday, Calan would need to navigate the first race from the mid field with very little visibiity.

After a good start and solid racing in challenging conditions, Calan would hold his starting position of P19 throught he majority of the race. In the latter laps however his fire extinguisher would set itself off covering him in foam and making vision even worse. As a result he would drop down the field to P24, and would finish the race in that position.

Starting from there in Race 2, Calan would make up a number of positions to be in P19. Once again, the rain was falling and visibility was poor. Mid race Nannini would spin in the middle of the bus stop bringing out a full safety car. Whilst circulating and waiting for the restart, the rain would begin to fall harder and the restart would be in terrible conditions.

In the train of cars heading up through Eau Rouge and Radiallon on the restart, Cordeal ahead would hit the inside wall and bounce out into the middle of the track over the blind rise. The two cars ahead of Calan parted ways to drive either side of Cordeal, and left Calan with nowhere to go. Pitching his car into a spin he would hit Cordeal and end up in the outside wall. Thankfully he escaped injury and after medical checks was cleared to return to the team.

With the car repaired for Race 3, Calan would once again start P19, again in wet conditions. After a greta start he would drive an excellent race moving up to P17 before his tyres started to overheat badly. With strong defending he would hold his position under a great deal of pressure to bring the car home with a solid race.

Unfortunately at this level, strategic errors during qualifying simply cannot be made and work will be done to ensure that mistakes such as this on the pit wall do not repeat.