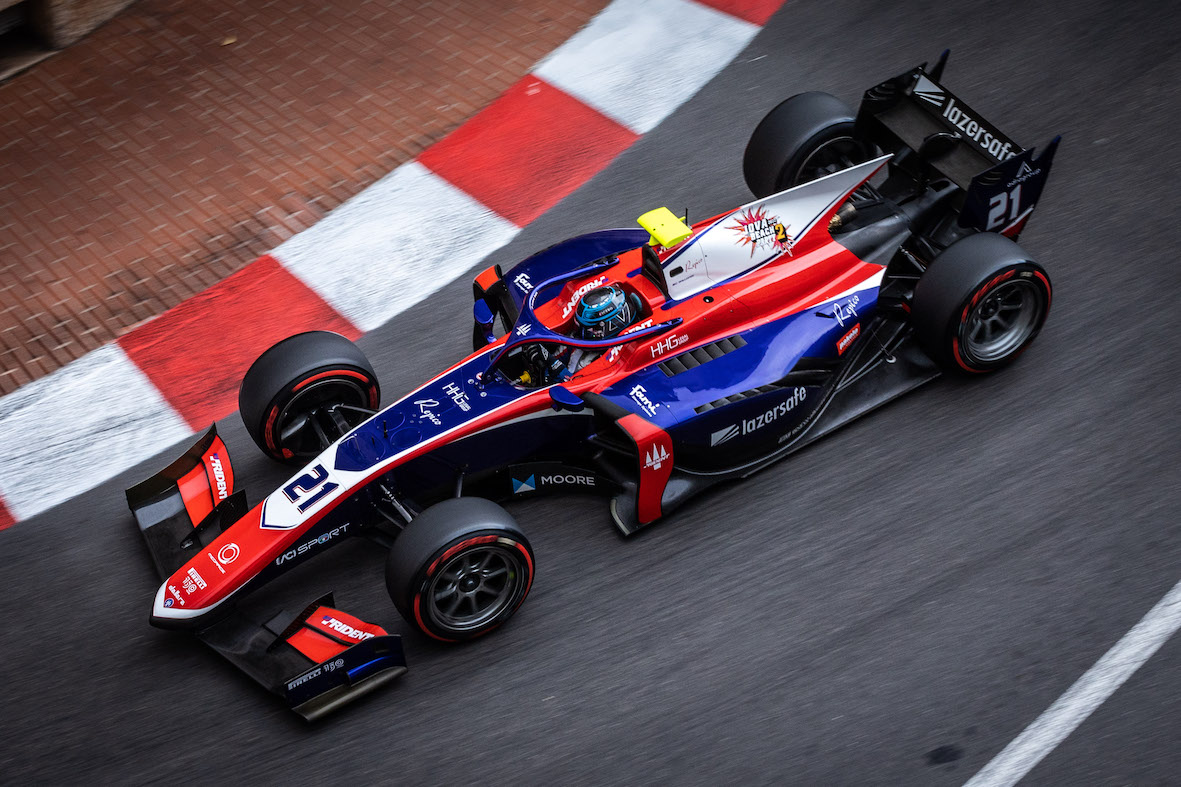 With the crowds flocking in the thousands, hundreds of boats in the harbour, the Formula 2 calendar was taking centre stage in the glitz and glamour of the Monaco Grand Prix

Despite being the 11th quickest car on his first outing to the famous streets of Monaco, due to the structure of the unique groups Calan would start from 14th.

It was a strong start of the grid finishing the first lap in 13th position, after benefiting from yellow flag penalties.

Calan was quickly getting up to speed pressuring Bölükbasi for 12th position. On a track where overtaking doesn’t come at a premium, Calan continued to be quicker than Bölükbasi but couldn’t find an opportunity to pass.

Having been on the aggressive for much of the race, Calan’s tires eventually degraded, forcing him to be defend for the last part of the race. With no grip Calan who lost out to Vershoor, and would finish defending Sato to finish 14th.

With the tight and narrow circuit providing little to no overtaking, applying pressure to the driver in front was key to making progress, unfortunately leading to lack of tyre performance by the end of the race.

In the feature race, the main event of the weekend taking place the following day including the risk of rain, a longer more challenging race and strategies would play a key role.

Calan would have an incredible start, moving from 14th to 10th in the opening corners. First lap drama, and several overtakes on a tight and tricky circuit put Calan into the points.

Having made up 4 places on the opening lap he would make his way to 8th in the later part of the race following strong soft tyre run and a good pit stop. Calan’s good pace allowed the strategy and fortune of safety cars to work in his favour, taking the lead Trident car well into the points for the race's entirety.

Going into the final lap of the Race Calan was sitting in 10th and sitting comfortably for a points finish on his maiden trip to the circuit.

Having been on the defensive to Red Bull Junior Iwasa Calan was holding his own, until with only a couple of corners left Iwasa went for a foolish move into the tight hairpin. With Calan taking the racing line, Iwasa collided with Calan. The incident forced both cars to retire, bringing out the yellow flags to finish the race.

Iwasa was awarded a 5 second time penalty after having been placed under investigation for the incident with Calan.

Preparations are now well underway for the third street circuit of the year in Baku this weekend (10th -12th June), where we look forward to the good results!