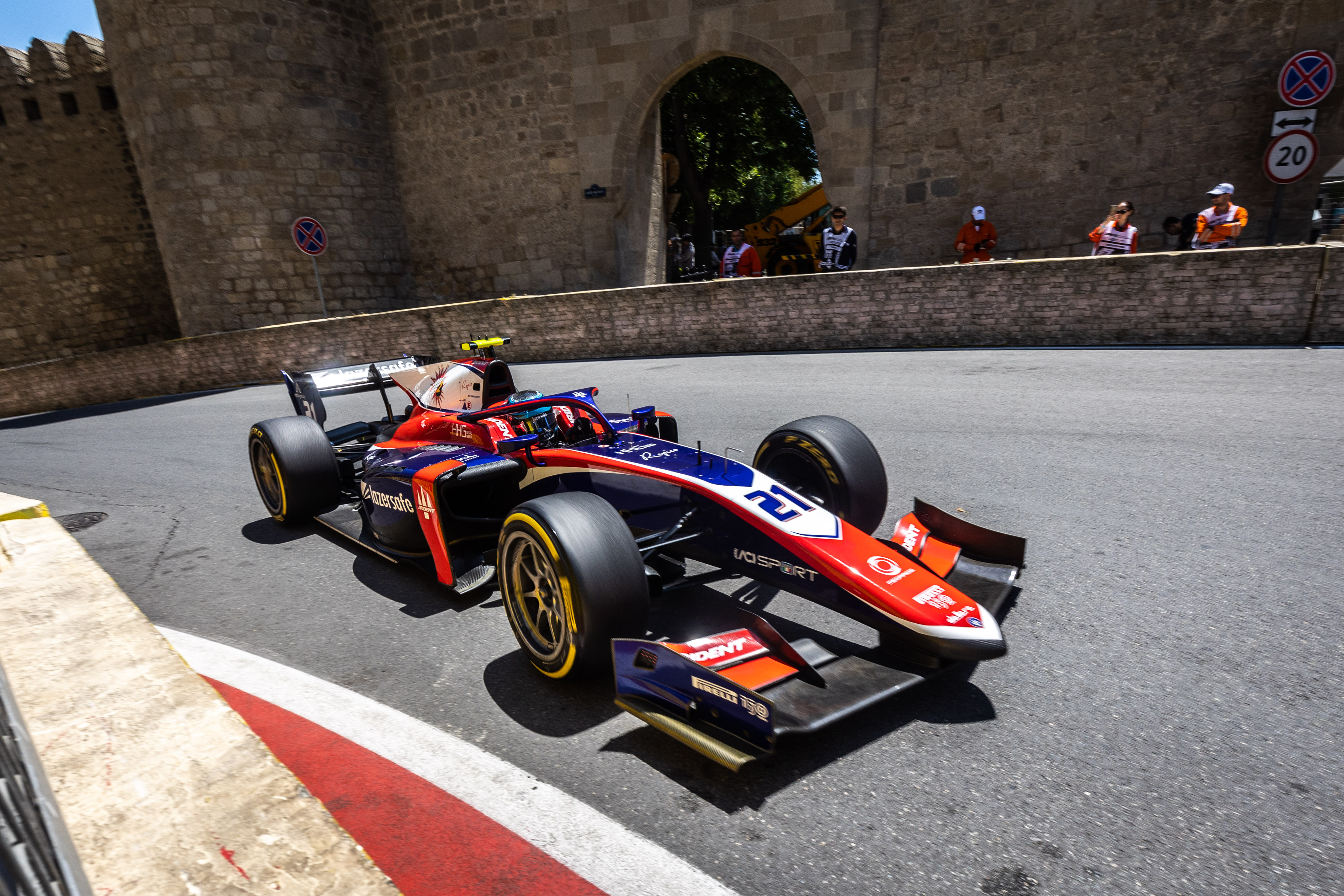 Formula 2 returned to the streets with the glistening Azerbaijan capital hosting the next round. This being Calan’s first outing to the Baku street circuit, a good clean session was well executed by him during practice. This was despite several red flags interrupting practice and precious lap time, ultimagely meaning Calan could only complete 5 flying laps.

Conditions remained fine and very windy for qualifying. On the first set of tyres Calan completed 2 solid flying laps, though with the tight times across the field he wis sitting in P16 at the halfway point.

Having just completed the preparation laps on the second set of tyres, Iwasa would put his car into the wall at turn 1 which brought out a red flag.

Only just over 5 mins would remain in the session when it was restarted which would allow for a single flying lap, with the possibility of pushing again straight away for a second if the tyres would last the distance.

Maintaining the correct space to the car in front starting a flying lap is crucial in Baku to enable the opportunity for an important tow, or slipstream, on the two long straights. Calan had the required gap to the car in front, until entering the final corner Roy Nissany dived to the inside forcing Calan to start his push lap too close on his tail.

Unfortunately Nissany was slow ahead, so whilst Calan improved by 8 tenths on this lap, he was held up for its duration.

The end result was P17, which was ultimately not what Calan;s performance or on track pace deserved.

Fortunately Baku is an exciting circuit for racing, with plenty of overtaking opportunities, so he will be looking to move up into the points across the weekend.