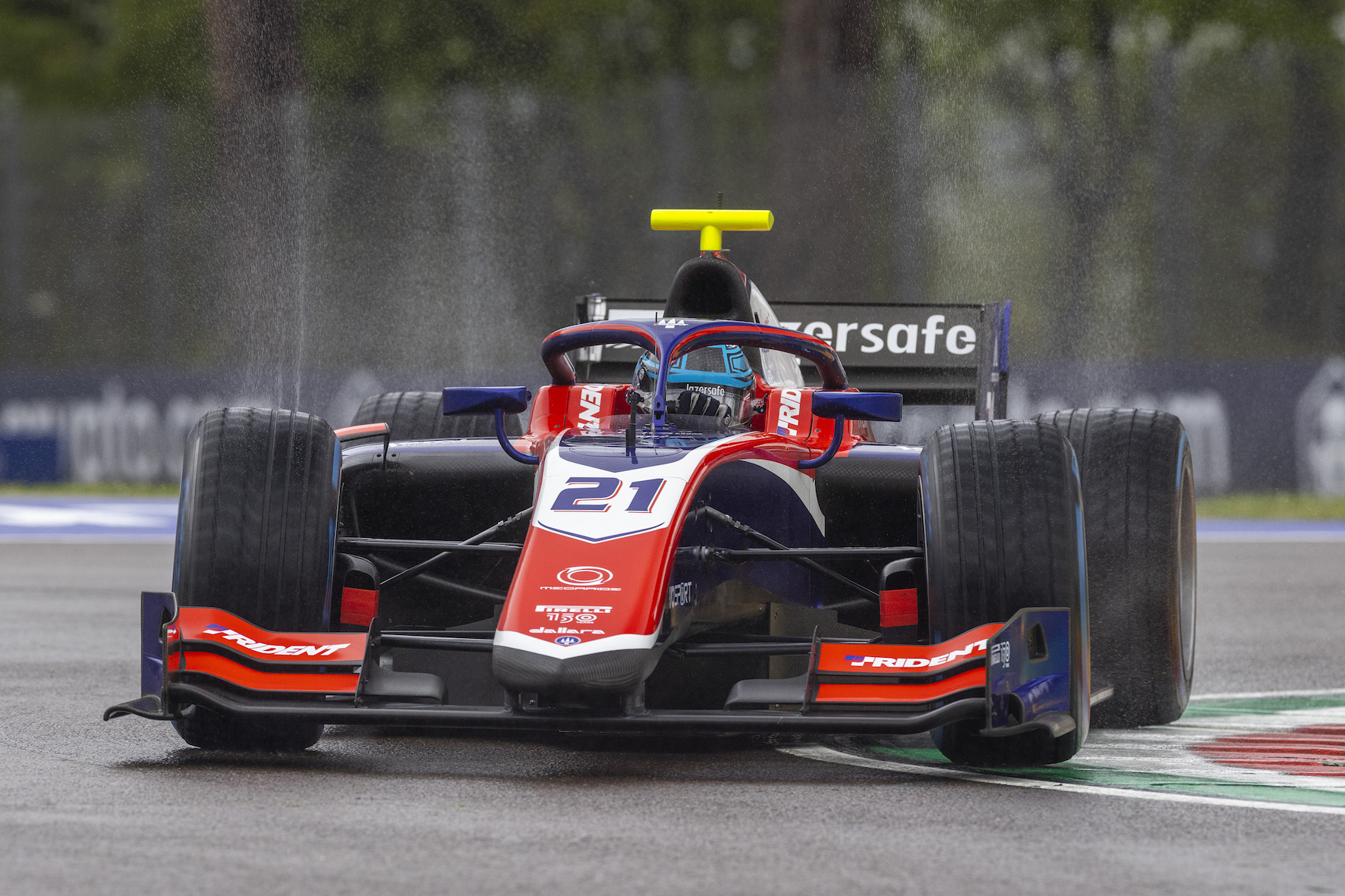 Challenging Friday for the Trident team at Imola for practice and qualifying.

The conditions were wet and very cold, and as a result a number of sessions during the day were suspended which meant that the Formula 2 practice session was later than planned and shortened to just 30 mins.

Imola circuit is particularly slippery in these conditions, and this would be Calan's first taste of the Formula 2 car in the wet. As a result of 3 red flag incidents during the session, he would not have the opportunity to complete a single full lap under green.

Qualifying was very late in the evening, starting after 7 with sunset at 8pm. Cloud cover and rain meant that conditions were dark, wet and cold.

Unfortunately, the set up of the car did not work and both Calan and his team mate struggled for grip throughout qualifying to finish P19 and P20.

The sprint race is scheduled for the afternoon on Saturday in front of an anticipated crowd in excess of 120,000. 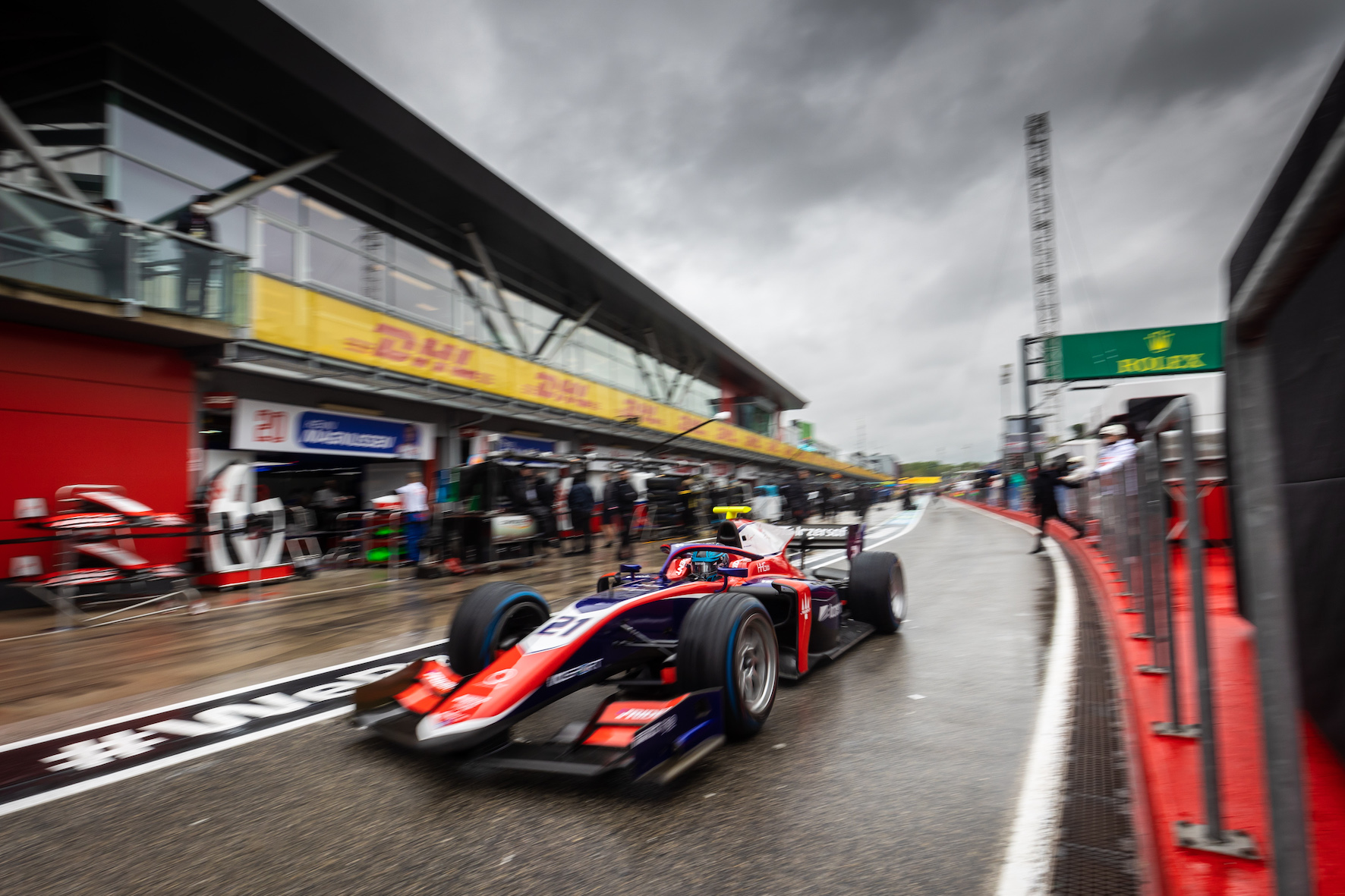