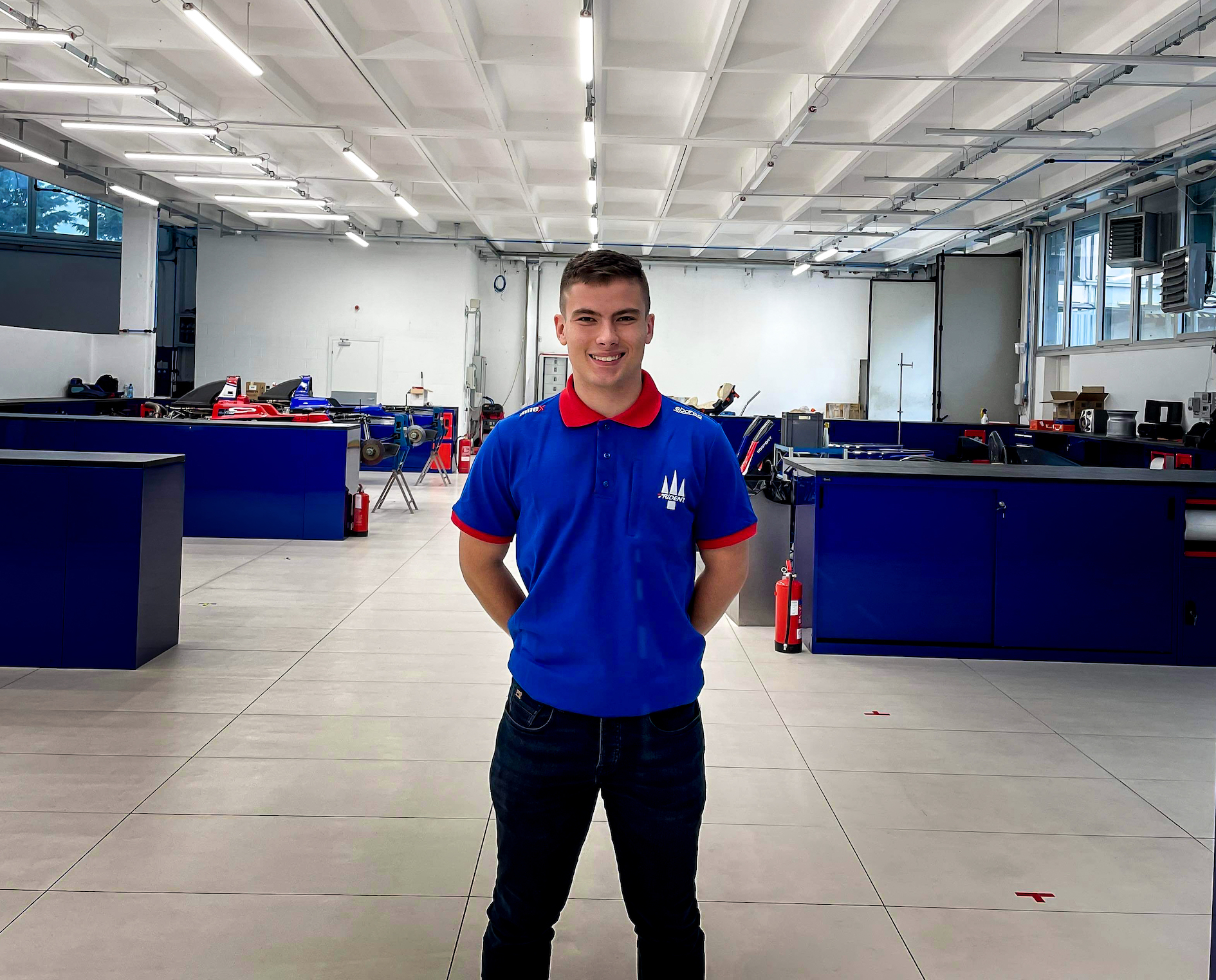 Calan Williams will make his debut appearance in a Formula 2 car with Trident Motorsport for the full 3 days of post season testing at Abu Dhabi December 16 – 18.

The testing comes following Calan’s second full season in the FIA Formula 3 Championship with Jenzer Motorsport in which he was the team’s leading points scorer, including a podium finish at Paul Ricard in one of the most intense and exciting races of the season.

The FIA Formula 2 Championship competes on the Formula 1 calendar of Grand Prix events, and is just a single step from the pinnacle of the sport. With 11 teams of just 2 cars each, competition for a seat at this level is incredibly fierce.

“I can’t wait to have my first taste of Formula 2 with such a professional team in Trident Motorsport.  They’ve had great results this year, with their highlight being winning the teams’ championship in Formula 3,” said Calan.

“I’ve been preparing physically for the testing for the past few months.  The step up to a car which is heavier, and corners and accelerates faster than anything I’ve ever experienced before will push me even further, so I need to be ready.  I’m sure the three-day program will also be intense, so I’ll have my endurance tested as well.”

“Since the end of the FIA F3 season, I’ve been working hard with the team at their workshop in Italy.  Their passion and professionalism is unbelievable, and it’s so exciting for me to be in that environment; within a group of people all working hard to carry each other forward.”

“From what I am learning on the team’s simulator, the F2 car requires a much different driving style than the F3.  I’m confident that the work I’m putting in to be as precise as possible with this car’s specific driving style will pay dividends at the test.”

“Calan has great potential, and we are very pleased to be working together for the testing in Abu Dhabi,” he said.

“We know he has more to express as he has all the characteristics of a driver to achieve remarkable results.”

“During the weeks of preparation, we were able to create a great feeling with the driver, in addition to a great working pace that I am sure will lead to very good results.”

Calan and the team are working hard together in Italy and are focused on fully maximising the official testing presents to adapt quickly to the different characteristics of the Formula 2 car.