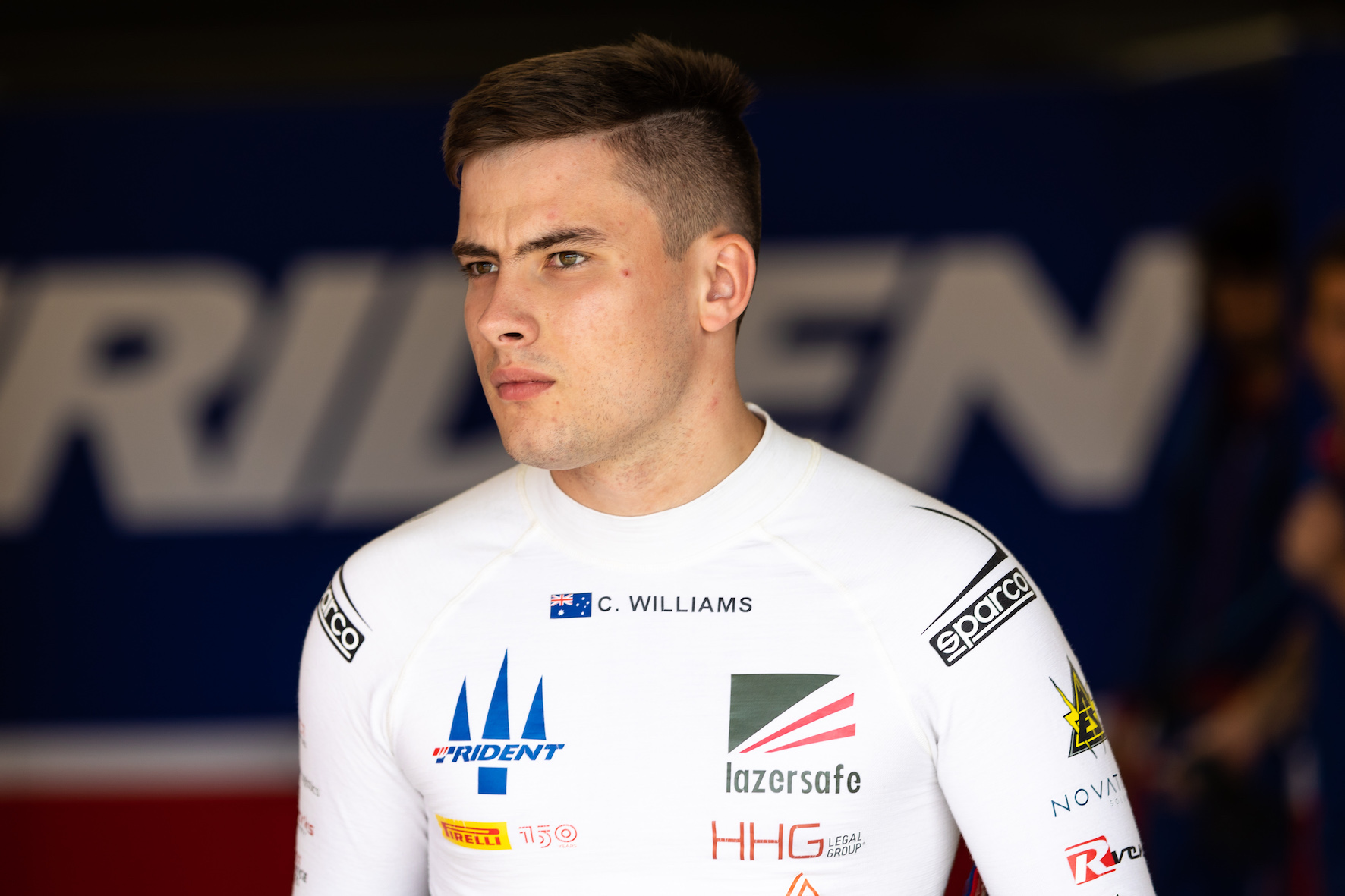 In fine conditions Sunday morning, Calan drove an outstanding race. An eventual P16 finish is not the final result he is expecting, however after the challenges in qualifying, to make up 5 positions at Silverstone in the race was a very strong performance.

Unsurprisingly, the team and Calan elected for the “alternate” strategy, which was to start on the slower, but longer lasting, hard tyre. 7 others took this approach also. The idea of this strategy is to run as long as possible, in the hope that there is a safety car late in the race (within last 9 laps) to allow a pit stop during that safety car to change to the soft tyre.

In order for this aggresive strategy to work, a Safety Car would be required late in the race to launch Calan into the points paying positions.

Calan got away to a good start off the hard tyre, which is more difficult to start well on than the majority of those on the soft tyre around him.

From there he drove a fantastic stint to make up a couple of positions on track, and the ultimately find himself up in P5 as all those on the prime strategy pitted. The impressive thing was that his pace was consistently stronger than expected on the hard vs those on soft, and then on the newer hard tyre after they switched in the pits. Even though the strategy required him to run longer than ideal on the hard tyre.

Later in the stint, Calan had a great battle with Sato for several laps for P4, but Silverstone is difficult to pass on and couldn’t quite get the opportunity to overtake even though he came very close and was clearly quicker. High downforce circuits are very difficult to follow close enough to make an overtake. After a few laps of this his front tyres started to overheat ending the ability to push for this position.

At this point Calan had done everything and more that was required to make the strategy work had a safety car come, but none was forthcoming. If it had, he would have done enough to finish inside the top 10.

In the end however, he had to pit with 7 laps remaining for the compulsory switch to the soft tyre. Rejoining in P17 he would quickly gain a position and then finish on the tail of Sato and team mate Verschoor.

Formula 2 continues next weekend at the Red Bull Ring in Austria. 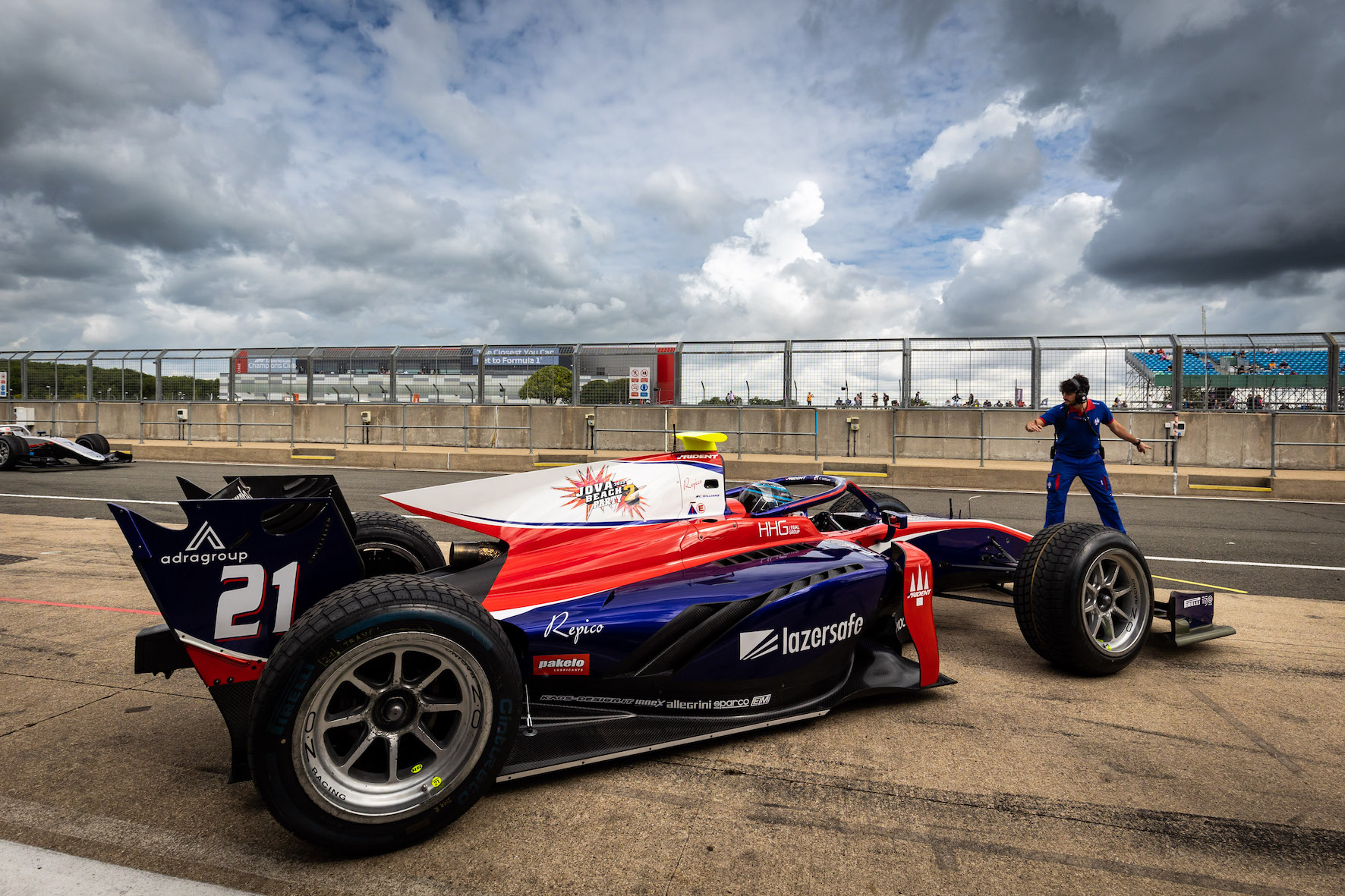