A Charge Through the Field at the Hungaroring 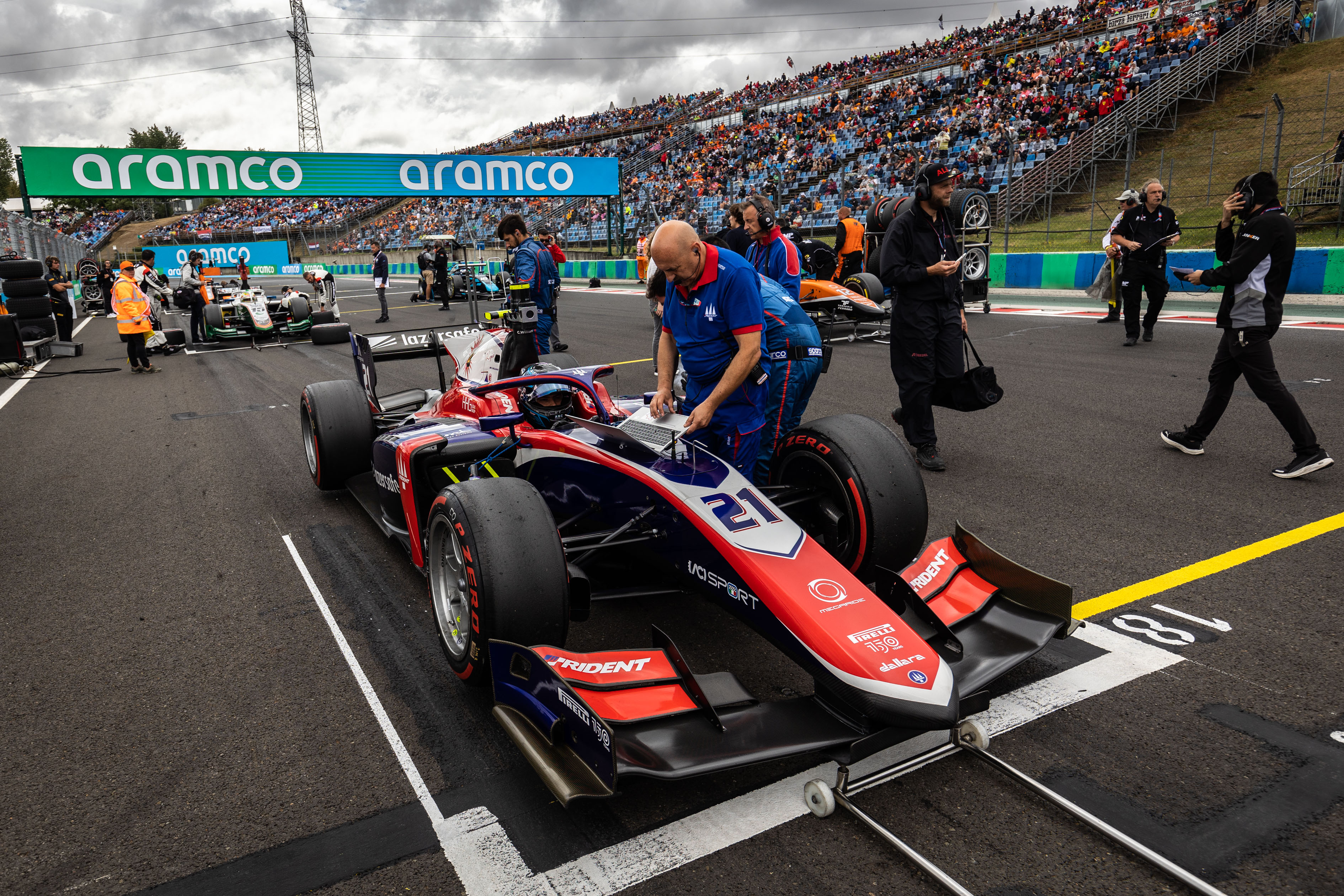 Round 10 of the 2022 FIA Formula 2 Championship did not start strongly for the Trident cars, with both being quite a way off the pace in Free Practice. Though changes were made which brought some improvements, this would mean that they were effectively still playing catch up during qualifying later that evening.

In dry and warm conditions Calan performed well on the first set of tyres in qualifying, sitting inside the top 10 at P9 at this point. However, on the second set neither Trident driver was able to improve as much as the rest of the field, and Calan's result would be P18 for the starting position in the races.

In the Saturday Sprint Race, Calan got away to a fantastic start off the line to gain three positions into turn 1. With two drivers spinning ahead on the outside he would then make up a further two on the exit of the corner. Through turn 3 he would gain another place and subsequently finish lap 1 in P12 having gained an incredible six positions.

The race would then settle into a case of tyre management whilst still looking to pressure the driver ahead.

Pourchaire was forced wide at the beginning of the race, and was charging through the field behind Calan. When he eventually arrived, he attempted the same move he had executed previously on Calan looking to pass on the inside of Turn 1. Calan hung on to the outside however, and was then in a position to hold the inside into turn 2. Touching wheels they fought through the corner, until Calan forced Pourchaire wide on the exit forcing him to back out.

it was a great battle, and one that would continue for five laps.

In the end Calan would secure P11 for the race.

Starting from P18 in the Feature Race, Calan and Trident wanted to take a risk to create a chance to finish in the points. The regular strategy for the Feature Race in Hungary is the medium tyre first for as long as possible, and then the soft at the end. The key thing here is that the soft tyre would be used with a lighter fuel load, and therefore would last longer. Therefore, with the soft tyre faster, given this would last 2 – 3 laps longer on a light fuel load, this is the quicker strategy if there are no additional factors such as a safety car or weather.

Given the race would be dry, the only way to gamble on gaining an advantage would be to go the other way, start on the soft (with the heavy fuel load), and hope for an early safety car. Calan elected for this strategy, and if the early safety car came, he would be able to pit and gain the advantage of a quicker stop during the safety car, and those running the medium would not be able to as their soft tyres would not last the remainder of the race.

Unfortunately the safety car did not come, so Calan spent most of the race on the slower tyre. However, he got away to a good start and gained one position before having to pit to change to the medium tyre.

At this stage of the race, Calan was exceptionally fast! In fact, the quickest of all those who switched to the medium tyre at that stage. He was gaining 2.5 – 3 secs per lap on the field ahead who were yet to pit, and over those 7 – 8 laps was actually gaining so much time he was bringing a points position into play through sheer pace and looked a chance to jump close to half the field when they came in for their pit stops.

However, he then came on the back of the car in front who had been 5 secs ahead on the same strategy. It is difficult to follow closely because of the reduced downforce, and in just 1 lap of following and attempting to pass his tyres were destroyed. From there it was then a matter of hanging on and effectively was racing against those on the same strategy.

He did this well and ended up finishing in P16.

The Championship now has a three week break before the next round at the famour Spa-Francorchamps circuit. 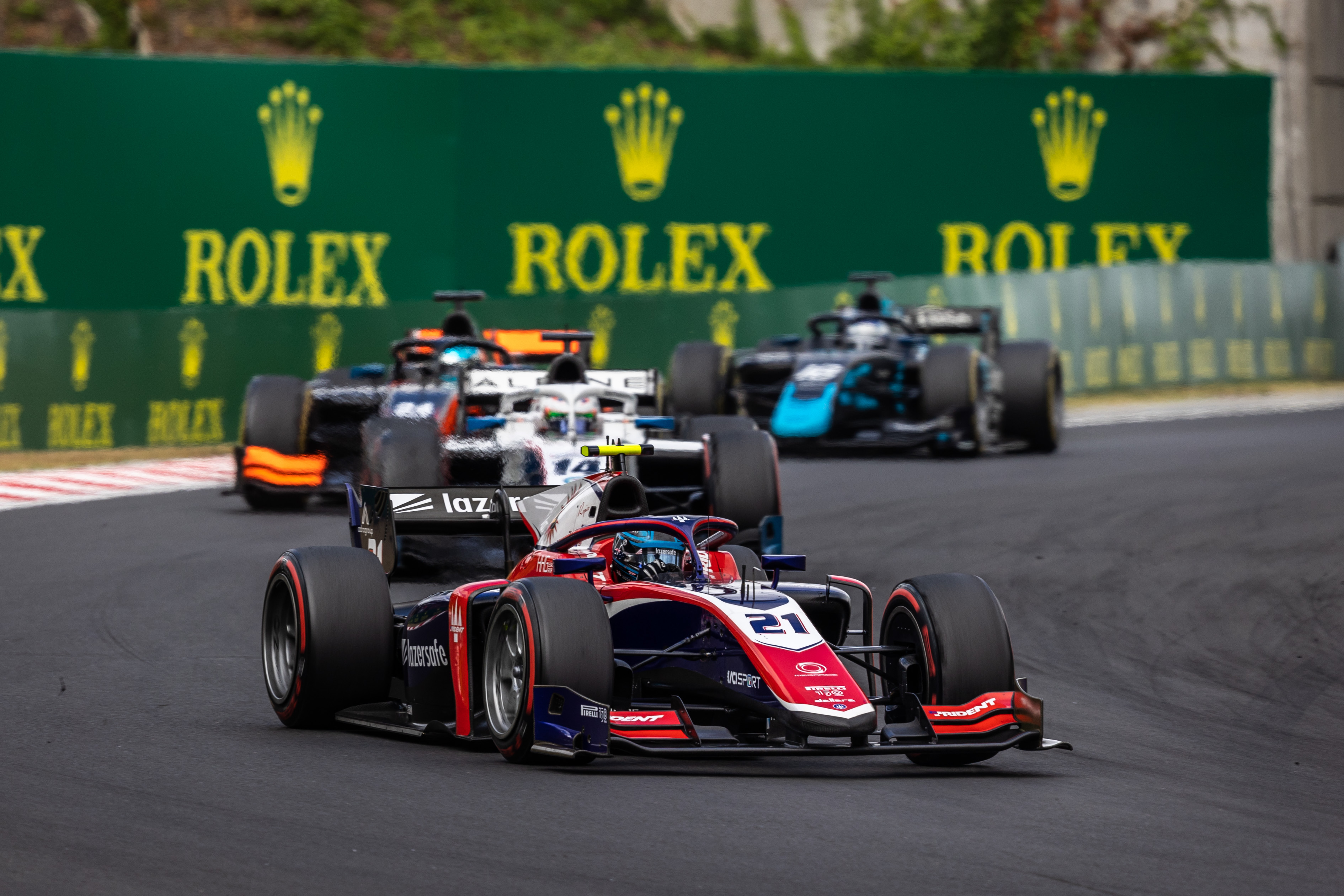 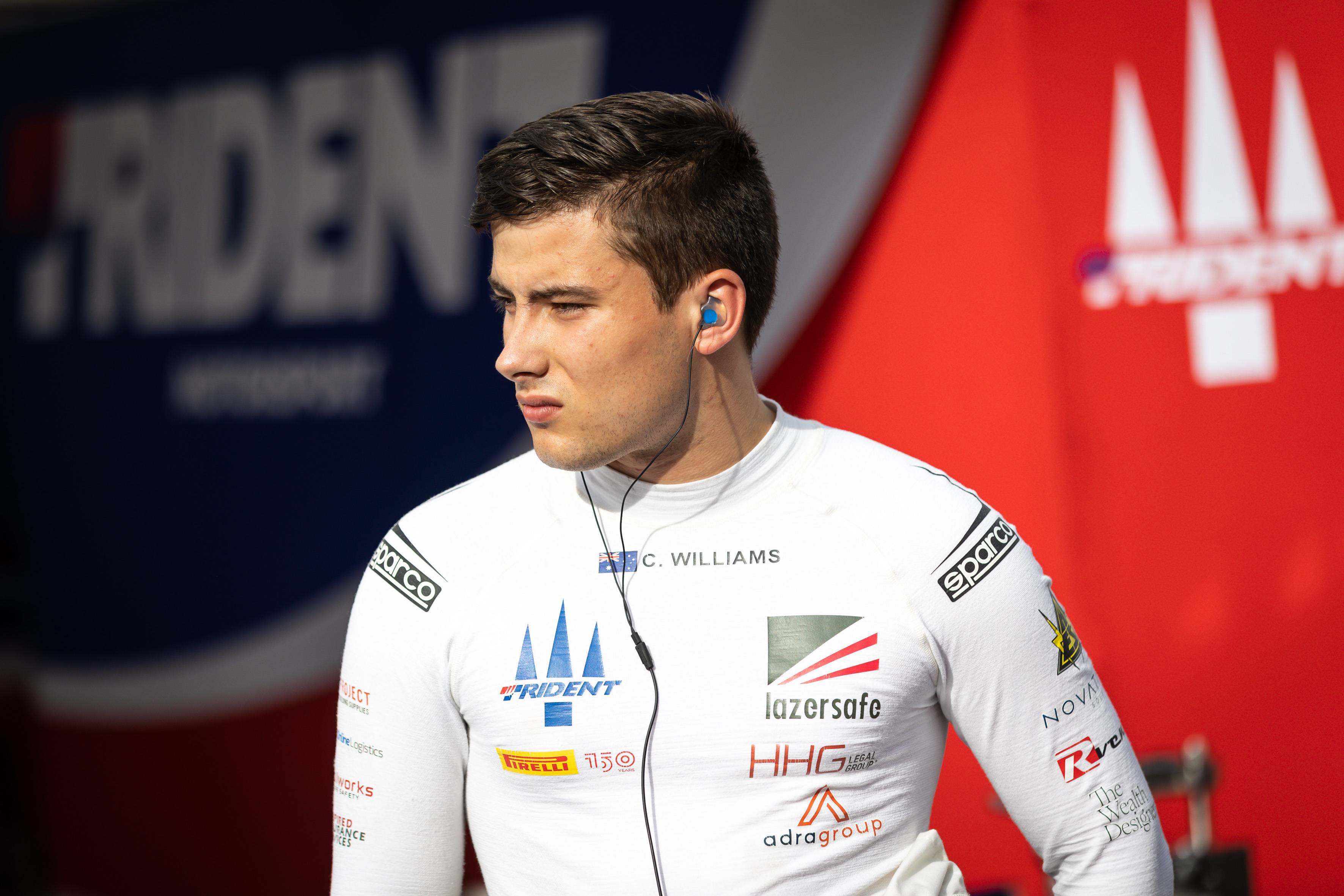