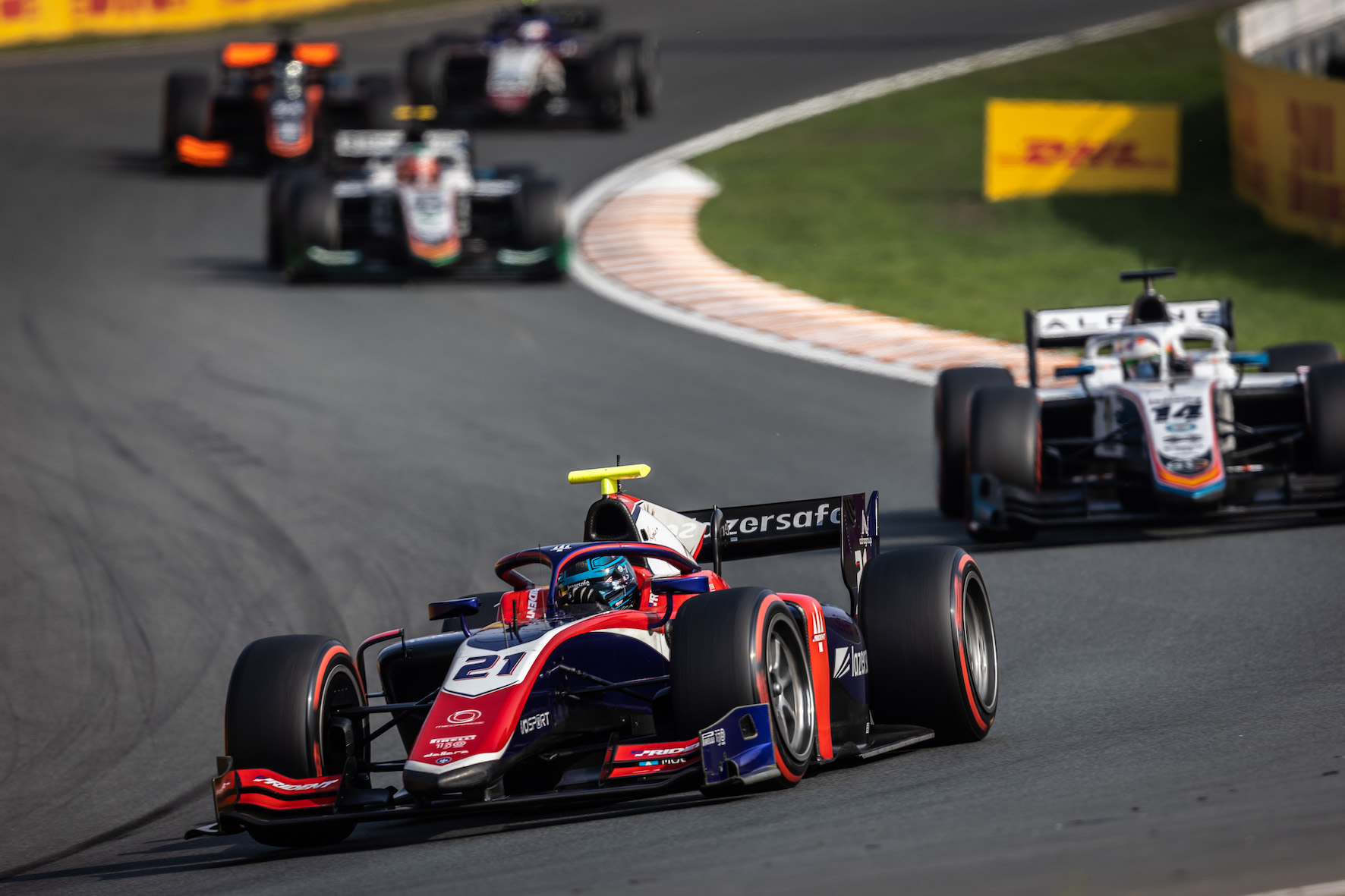 A very strong result for Calan was impacted by the finest of margins during qualifying with a top 10 result relegated to a P20 starting grid position due to exceeding track limits by a matter of centimetres.

Early signs in the practice session were concerning with both Trident cars being a long way off the pace with Calan struggling for rear grip. However, a great job to make improvements saw both drivers and team very confident in the car by the end of the session.

Calan was very quick in qualifying, and in the important single flying lap on the second set of tyres set a time which jumped him to P4 on the timesheets. By the end of the session this time had him at P10. However, unfortunately his lap time was deleted due to exceeding track limits by the smallest of margins at turn 3. With only one lap possible on the tyres, this meant he was relegated to P20.

This was a particularly harsh consequence given that the error occured in a section of the track costing him time, and that Zandvoort is so incredibly difficult to overtake on.

The Sprint race was releatively uneventful for Calan, getting away to a good start to move up to P19, but unable to progress further given the tight nature of the circuit and limited effect of DRS A late safety car restart created an opportunity however, and he was able to make a good move on Sato at the end to finish P18. 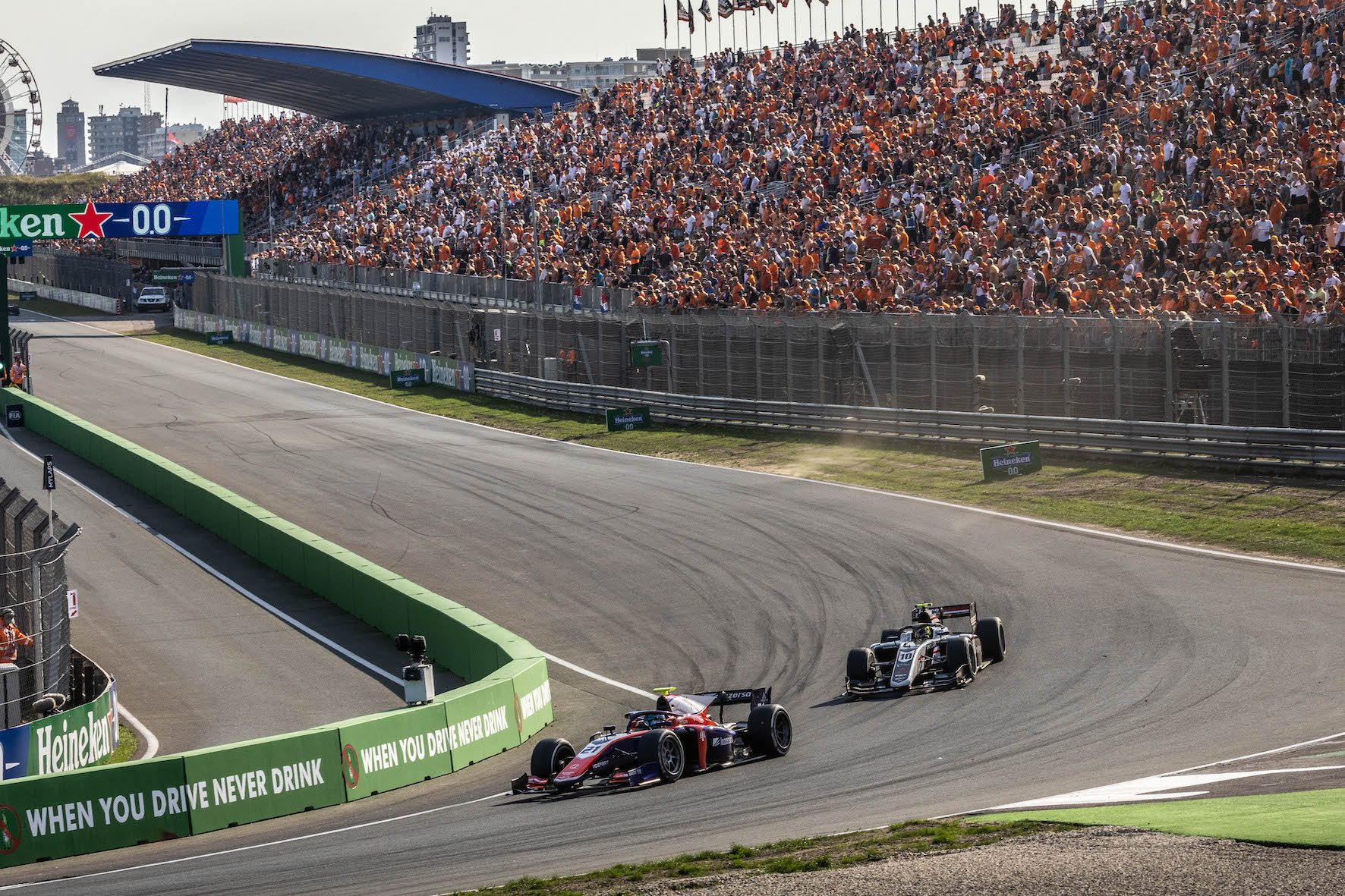 The Feature Race was a fantastic drive by Calan yesterday and great strategy by the team. The strategy worked, but Calan had to execute everything from his side for it to do so and he did perfectly.

Trident elected to start on the soft tyre with Plan A being to pit as soon as possible to switch to the hard tyre and hope for a safety car before others had the chance to pit. As for this event the compulsory stop was not allowed under safety car, this would mean Calan would effectively gain his pit stop time lost back on anyone who hadn’t pit as the safety car would allow him to catch back up.

If everyone else pit on lap 7 (the earliest allowed for a compulsory stop), then they would switch to Plan B and go the other way trying to stay out longer - but that would need no safety car to have any chance of working.

As it turned out there was an early safety car before the compulsory stop was allowed  followed by a red flag and the resulting rolling restart. The effect of this is that only a lap and a bit of the first 6 laps were under racing conditions meaning the soft tyres the majority were on had plenty more life in them.

The advantage of this was that when lap 7 came around only Calan and Cordeal entered the pits. This meant Plan A was in play. The disadvantage was that Calan would be giving away 4 - 5 laps of the soft tyre which was 1.5 - 2 secs per lap quicker.

Calan’s stop and his in and out lap was great, and whilst a number of others took their pit stop in coming laps, the safety car we needed came before 8 had done so, meaning Calan gained a pit stop on each of them.

In the end Calan would finish in P11, narrowly outside the points paying positions, but an exceptional drive to gain 9 positions on a such a difficult circuit to vertake on.

The FIA Formula 2 Championship now heads to Monza for Round 13 next weekend.